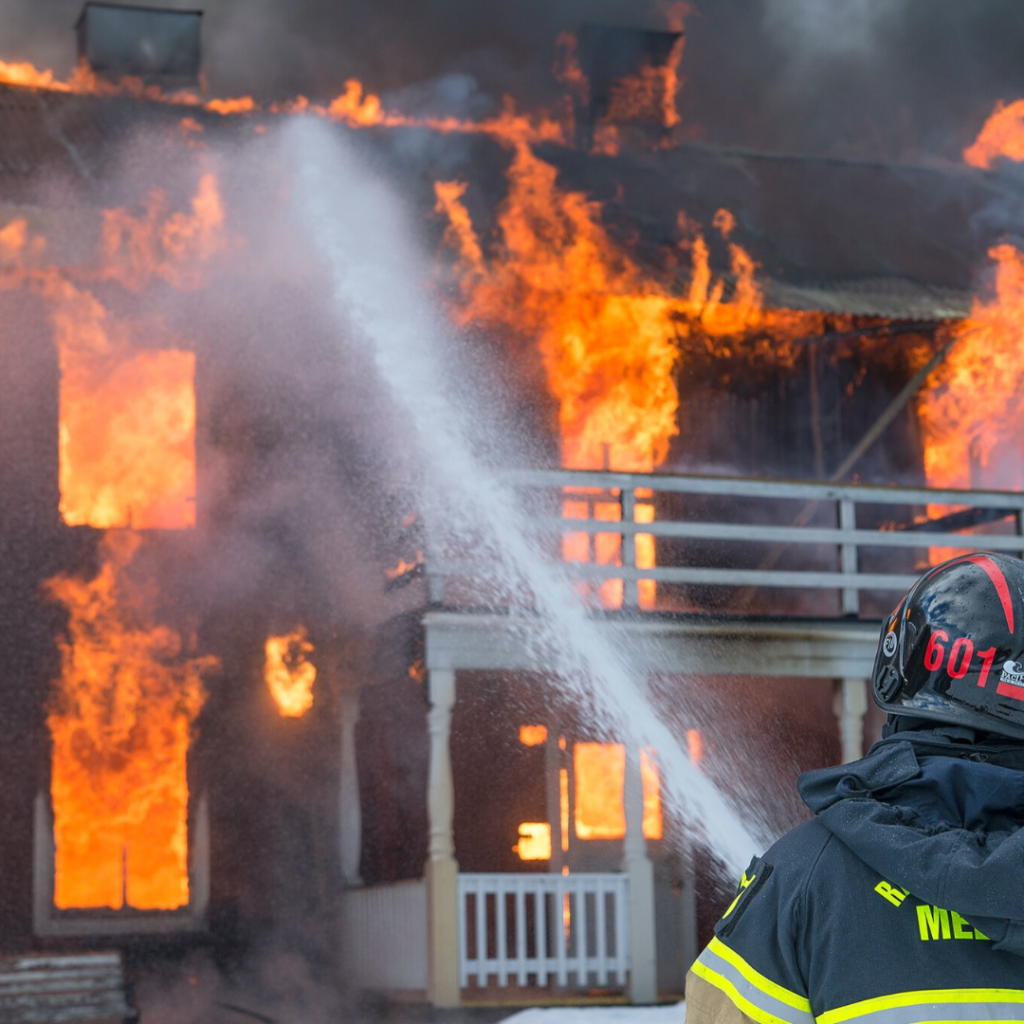 A couple of years ago I knew a family whose house caught fire. The father bravely got the mom and two of his triplets out of the inferno to the safety of their front lawn (the other triplet had broken curfew and was still at a party, thank goodness). Then he heard barking from inside the house. His daughter’s beloved dog was trapped inside. Despite the pleas of his family to not run back into the house — they were all safe after all! — he did. He didn’t listen to reason. He didn’t think about what was smart. He just needed — wanted — to get that dog out, no matter the consequence. Moments later, as if by a miracle, the man walked out the front door with the dog, the house ablaze all around him. The family rejoiced. Despite dad’s impulsive stupidity, they had all survived.

A few hours later while being checked out at the hospital, though, the father died — suddenly and without any warning at all. The family was devastated and truth be told, never recovered from the tragic loss: the loss of their hero, which could have been so easily avoided.

Maybe I didn’t know the family personally, but I think most of us know the story and agree that Jack Pearson was an irresponsible fool to run back into that burning house.

Here in Minnesota we will officially begin the slow, phased process of returning to normal this week.

And by normal I obviously mean nowhere near normal.
What we used to think of as normal, anyway.

Things are irrevocably different now. We have to begin the arduous job of learning new definitions and creating new schemas for almost everything we used to do.

But like those who get behind the wheel after a couple of cocktails because they’re fine to drive or who disregard all the other rules they find inconvenient, many will not.

There are countless people who can’t wait to run back into the fire, everyone else’s lives — and their own — be damned. It’s the perfect analogy, really (thanks to my sister-in-law for sharing) —

Your house is on fire.
The firemen arrive and get it under control, but it’s still ablaze.
You have two choices:
1. Stay out, respect the professionals who are working like crazy to extinguish the flames completely, and stay alive.
2. Ignore everything, run back in because you are selfish and senseless, and burn, effectively jeopardizing the lives of the firemen who run in after you, and irrevocably changing the lives of your family who have to live with your irresponsible decision.

Listen, I get it.
I get the impatience and the frustration and the confusion that so many people are experiencing.

I understand the economic concerns and agree that if things don’t start up again, we’ll be in an arguably worse fiscal situation than we are in right now. And for the record, I fully support those who are returning to their much needed jobs safely and with concern for others, as well as less essential places of business that are opening back up in a careful, responsible way that ensures the safety of their customers. (Bravo, Kansas City Zoo!)

But the fine, fine line that is about to be drawn between attempting to dig our country out of this crisis and the welfare of its citizens will be vitally important for all of us to balance on. And the countless people who are ready to run — helter-skelter and jumping up and down for good measure — on that thin, fragile line without any regard at all to how it will upset the balance for the rest of us don’t seem to realize or care that their actions will throw those of us who are walking, step by careful step, straight back to the ground. (Yeah, I’m looking at you, Wisconsin.)

I don’t know about you, but I’m scared of fire. I actually have fairly good balance, however, which will be skill that will serve me well in the coming months, because I’m going to continue to lay low and stay the hell out of the way.

I’ve always been a rule follower and more than a little bit cautious, it’s true, but I honestly don’t see this situation as that, or as only that I guess I should say. I see those of us who will continue to shelter in place as much as we can, who will wear masks when out and about for the foreseeable future, who will remain separated from those we love who are most at risk, who will social distance when around others, who will continue to do without many of the things we’ve learned we don’t really need as being conscientious, responsible citizens doing our part to help the helpers in this unprecedented time.

I’m happy and fortunate to be able continue to do my part to be a solution to this problem, even if it’s an inconvenience, even if I don’t always understand the reasons, even if I don’t like it, even if I’d sell one of my cats to sit down in a restaurant and be served once again.

So here’s my plan: I’m going to sit back for another couple of months and watch those who are choosing to unnecessarily run back into the fire burn. I’m going to wait and see how their choices play out.
Don’t get me wrong; I’m not looking forward to it.
I will be watching — much like I watched Jack Pearson on This Is Us — from behind my hands, sad for the situation, outraged by the choice, and heartbroken for all of us who will bear the consequence.