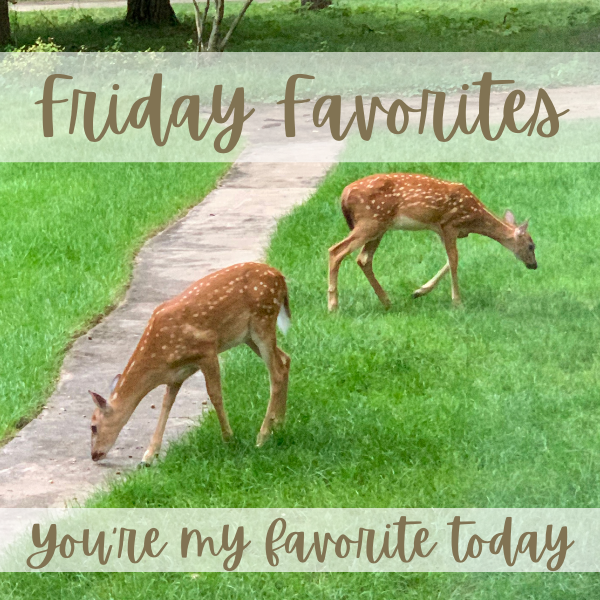 Happy Fall, everyone.
No, really, here in Minnesota, summer apparently has had enough of 2020 and once September arrived was like SEE YA, SUCKERS, I’M OUT OF HERE.
I mean, we can’t blame it, can we?

You guys, last week it was in the 80s and the forecast this week is in the 50s and 60s.
As in, the highs.
You know what that means, right?

Do I enjoy cool days and cold nights, bonfires, cozy sweatshirts, fleecy blankets, and pumpkin spice everything?
Of course I do, I’m female.
But since summer is my favorite time of year here, I feel like I didn’t even get to say goodbye.

But it’s okay because I’ve lived here long enough to know that if I don’t like the weather, I just need to blink (unless it is anytime between November and March when no matter how hard or how many times I blink, it’s still like death outside). I mean, it could very well be 80° again in a couple of weeks and we’ll all shave our legs, bust back out the Rosé, and grill up some corn on the cob like it’s still August.

A Place I’m Glad I Never Went In The 80s

Last week we watched Class Action Park, the new documentary on HBO Max about Action Park, a killer water park in NJ that was popular in the late 70s and 80s.
No really, it killed and severely injured a lot of people.

It’s shocking, horrifying, and as someone who was definitely not a daredevil but who totally loved water slides as a kid (and still does), I’d probably have wanted to go if I’d lived nearby but then gotten there and peed myself … before dying.

If you have HBO Max it’s worth the hour and a half, if anything, just to hear about what it was that the people who tested the looped slide often lost when they flipped around that others who followed got their flesh ripped up with.
(Spoiler: It was their teeth.)

If you or someone you knew went there as a kid, please let me know.
And also, congrats for not dying.

What I’m Reading (and Loving)

I read the sample of this book a month or two ago when it was released, and although I really liked it, I set it aside for one reason or another. I’ve liked the other books I’ve read by Sullivan, and that, coupled with the fact that this book was chosen as July’s “Read With Jenna” pick on The Today Show, prompted me to go ahead and buy it.

I’m not quite finished with it yet, but I’m loving it. I really like the characters, who are all flawed, something I find refreshing. After all, everyone has parts of their personality or past that aren’t agreeable &/or does things we might question, and I appreciate how this book isn’t afraid to tackle that.

The plot is keeping me guessing, too. What might seem like a story about an unlikely friendship (several unlikely friendships, in fact) actually contains several thoughtful plot threads on class, marriage, family structure, and society. I love that it’s unpredictable. I honestly have no idea where it’s going.

It had me at Bateman.
No really, you guys, he’s been on my shortlist for decades.
I’ve loved him since Little House on The Prairie and Silver Spoons, and, much like Rob Lowe has done, Bateman has only continued to give me reason after reason to be enamored with him with his hilarious, brilliant work over the past few decades.

Throw in his longtime friends Sean Hayes (one of the funniest people on the planet, IMO) and Will Arnett, and I’M INTERESTED.

The premise of the podcast seems typical — they interview a guest — but on Smartless one of the three surprises the other two with the guest, so they’re literally just asking off-the-cuff questions and having more of an unscripted conversation than others with a similar format.

I’ve just listened to a few episodes (it premiered at the end of July with a fun and fabulous interview with Dax Shepard) but I’m already hooked and subscribed. Their sarcastic and wise-ass banter is hilarious, and the questions and conversations are authentic and interesting. I’m excited for more.

Listen to the Melissa McCarthy interview and tell me she’s not your dream BFF, BTW … along with the three of them.

These almonds have been a huge favorite of mine for a few years, but they only carry them seasonally. And guess what? They’re baaack. I almost hugged the shopper next to me when I spotted them, but you know, I didn’t because we stay away from people now.

Dusted with cocoa and a fine, salty “sugar,” these dark chocolate almonds are ridiculously addicting. Pair with a glass of red wine and your head will explode. But it will be totally worth it.
Pro tip: Fill little jars with them and tie with a cute bow for holiday gifts!

This is a new Costco find for me, but I already know I’ll need to go back sooner than usual for more of this delicious queso.

My girls also love queso, and now that they’re home we’ll definitely be going through this quickly. I love to mix a tablespoon or two of it with black beans and rice and make tiny Tostitos Scoops nachos for lunch, and I’m thinking I’ll drizzle it over tacos or enchiladas for dinner. My girls just shovel it in with chips. However you eat it, you can’t go wrong.

Sandwich of My Dreams

Too bold of a statement?
Not if you tried this sandwich.

If you follow YMFT on Instagram — and if you do not, you’re missing out on some QUALITY CONTENT, let me tell you — you might remember seeing this sandwich I made for lunch in my stories the other day.

It’s not fancy, by any means.
But as a simple bag of Cheetos proves to me time and time (and time) again, you don’t need to be fancy to be delicious.

Spray veggies of your choice with a little bit of olive oil (I used my favorites — red and orange peppers, red onion, and zucchini), dust with sea salt and pepper, and roast on a baking sheet for about 5-6 minutes.

Butter bread (I used sourdough) and layer veggies between two slices of cheese (I used Havarti, king of the grilled cheese).

Don’t you hate it when you totally miss the boat on a show that takes the nation by storm, wins all the awards, and causes you severe FOMO without the FO?

But don’t you love it when that show is on a streaming service so you can binge episode after episode while everyone else who’s already watched it is left sitting there like a kid after they’ve opened their big gift on Christmas morning, knowing you still have yours to open?

That’s me right now (the kid who hasn’t opened the present yet, in case you are confused, which I am after reading that back).

The point is, I’m watching Breaking Bad for the first time, you guys, and surprise, surprise, it’s really, really good. (Have you heard of it??) I actually am surprised how much I’ve gotten sucked into this pretty horrible story.

I’m only about 2/3 of the way through season 2 (so no spoilers, please) because I only watch a couple of episodes once or twice every few weeks. Truth be told, I haven’t watched much TV at all for the past few months because here in Minnesota it doesn’t get dark until between 9:30 and 10:00 in the summer so we’ve been outside almost every single night until late, and I never watch shows in the daytime because I’m — you guessed it — outside.
Hey, when you only have about a five-month window to be outside all year, you take it.

Who knows? If this turn in the weather continues on the downward path it’s on, I might just motor through the rest of the series by October.

Have a great weekend!

FacebookPinterestTwitterEmail
Posted in Friday Favorites
← The Closet Of Broken Dreams